Neuroplasticity: How to Reprogram Your Brain

Brains are not static, but always evolving – learn how to program yours for happiness 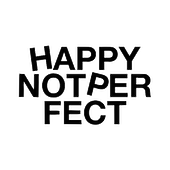 ometimes, everything can feel too much. When we have our hearts set on achieving something and it doesn’t work out as planned, it hurts and – more importantly – affects what we perceive as happiness.

But happiness isn’t the absence of problems; it’s learning how to deal with them. So often, we’re quick to judge ourselves for feeling anything negative. But you’re not broken for feeling the way you do; the human brain simply isn’t equipped to manage everything thrown its way.

This week, I sat down with clinical psychologist Dr Soph, who explained this phenomenon: “Most people think when they’re distressed, struggling, or failing, that their mind is in some way broken. This understandably leads to shame and fear, which always exacerbate any symptom.

“Meditation makes your brain stronger, putting you in the driver’s seat, allowing you to be more in the moment and better at making complex decisions”

“But if I could talk to every person on Earth, I would tell them this: you make sense. All the experiences and struggles you have every day are down to your unique experience of the world. And the world hasn’t necessarily taught you how to cope with those things.”

Enter neuroplasticity. This is the scientific study of the ways in which our brains can physically rearrange themselves, rewiring pathways between neurons in response to our experiences – and how we can take control of that process for our own benefit.

Through MRI scans, scientists have discovered that emotional pain and physical pain have more in common than we might think. Research has shown that when we experience heartbreak, for example, the part of our brain that is triggered is the same one that is triggered when we feel physical pain. In other words, when we’re burned by someone we love, our brain is responding as if we’re physically being burned by a hot flame.

It is important to recognise that you are struggling for a very valid reason. Your brain has been trained to think a certain way, and it sometimes feels like it’s impossible to change yourself at this deep level. But science tells us that it isn’t.

Neuroplasticity tells us that our brains can change. The more we use different parts of our brain and repeat certain behaviours, the more we strengthen the corresponding neural pathways. There was a time when neuroplasticity was only believed to occur in children, but we now know that we can change the ways in which our brain functions well into adulthood. This is an idea first suggested by American philosopher and psychologist William James in 1890, but it’s only in the latter half of the 20th century that we started to truly comprehend what it meant.

So the more you do anything – whether that be demonstrating self-acceptance and compassion, practicing mindfulness, or meditation – the more you are gradually changing the structure of your brain to better accommodate it. Over time, whatever you need to do to help overcome hardship will become a well-practised habit and part of your natural way of being.

Mindfulness is key to this. It may seem like a relatively new concept, but it has been used as a form of therapy for stress and anxiety since the 1970s, and has its roots in Buddhism. And it works. Studies have shown that after six to 20 weeks of daily practice, your prefrontal cortex has increased cortical thickness. Think of meditation as brain training. It makes your brain stronger, putting you in the driver’s seat, allowing you to be more in the moment and better at making complex decisions. The same studies also found that after practising mindfulness meditation, there were fewer cells in the amygdala, the home of our sense of fear.

Mindfulness means something different to everyone. Some people know when they’re prone to panic – maybe it’s just before a big board meeting or at a certain time of the day – and can respond to those moments by connecting with others who understand them. Others just take a walk outside and surround themselves with nature. Journalling is another tactic Dr Soph recommends; it’s a way of getting your emotions out there when you’re not ready to talk to another person about them.

Life is not going to stop throwing hardship and difficulties your way. But rather than being hard on yourself, criticising yourself or punishing yourself for being distinctly human, it’s crucial to acknowledge that you can only do the best with the tools you have. It’s a matter of seeking out the people, routines, or experiences you know will bring comfort and reassurance when required. In doing this, you can gradually retrain your brain to better respond to all the complicated situations that come along.

Your feelings are valid, but don’t let them run your life – using mindfulness, you can reprogram your brain to control how you respond to stress.

Conversations With My Sex Therapist: Can You ‘Sext’ Your Way To Better Sex?

Sharing your hottest fantasies with a virtual stranger may be one way to overcome anxieties about intimacy. Our writer reveals whether her ‘sexploration’ lived up to the real thing

The ‘Pure O’ or ‘purely obsessional’ type of OCD is characterised by distressing, intrusive thoughts and mental rituals to cope with them. Rae Elliman shares her experience of living with – and learning to manage – these hidden compulsions

The Living Legacy of Untimely Death

After the unexpected death of someone young, remembering is a public act. Bryony Stone writes about the gap between how someone is known, and how they’re remembered.

The Best Wellness Retreats In The UK

Feeling stressed or burnt out? Check yourself into our edit of the ultimate UK retreats to rest and reset

Tacky Father’s Day photos and twee messages posted online are a sharp reminder that, for some, it’s a day marked by loss and grief

On the ground with people left traumatised by the fire, the holistic therapists rebuilding those lives, and why the funding allocation needs to be addressed

Self-Compassion: Learn How To Love Yourself Unconditionally

Confessions Of A Former Sex And Love Addict

Charlene deGuzman’s life revolved around love and romance... doing it, pursuing it, obsessing about it. Until one day things spiralled out of control

Conversations With My Sex Therapist: Who Owns My Body?

Chronic stress has pushed thousands of us to the brink of hormonal burnout. Here, we explain how to get back in sync

Conversations With My Sex Therapist: What Constitutes Trauma?

‘Will I Ever Be Ready For A Big Night Out?’

The wildest nights that writer Lauren Rae has had over the past year have involved drinking a bottle of red, alone, and falling asleep to reruns on Netflix. Here, she talks snogging, shots and re-entry anxiety

Conversations With My Sex Therapist: Where Do We Begin?

After years of feeling disconnected from her body, unable to orgasm during sex, Emma-Louise Boynton asks whether sex therapy can help

The Art of Listening

Can’t remember how to have a proper conversation? Read our guide to rediscovering your listening skills in a post-pandemic world

How Long Will You Be Single? This NASA Scientist Has The Answer

A new algorithm claims to predict how long people will be single. The scientist behind it reveals five factors that influence your chances of finding romance.

Will My Relationship Survive Life After Lockdown?

This writer met her partner in the middle of 2020. Months cloistered away from the rest of the world though have left her wondering whether their love affair can survive outside of their bubble – or whether she even wants it to

Each week we explore the complex truths of grief and trauma. Here actor, writer and podcast host Angharad George-Carey shares her experience of learning to face deep childhood trauma

The Challenge Of Forming Female Friendships When You’re Autistic

The Challenges Every Neurodiverse Woman Faces When Dating

Marianne Eloise knows what it is to be neurodiverse. Here, she unpacks the misconceptions that can make dating – and relationships – harder for autistic people

What is impostor syndrome and how can you beat it?

An estimated 70 per cent of people experience the feeling that they’re a fraud. Here’s how to overcome self-doubt

How some of the UK’s coolest new mums spent their first Mother’s Day.

Breakfast in bed, connecting with their own mums and reflections on raising the next generation in turbulent times.

Why you need to slow down in life

We’re racing through our lives at a million miles an hour. But we’re going so fast we’re hurting ourselves.

By improving the way we deal with our changing feelings, we can begin to recognise how to really be happy

Welcome To The Cult Of Supplementology

Health anxiety is at an all-time high, and the supplement industry is cashing in – we investigate how Covid caused the vitamin boom

At first his absence was shockingly surreal, then it became a gaping emptiness, but my memories helped me learn more about the man he was

The neuroscience of intuition and why It’s Time to Hack yours...

The rapid flow of information in an increasingly uncertain world is driving more of us than ever to rely on intuition. But without training, our gut feelings may well be leading us astray

Fiona Golfar on the Importance of Recalibration Through Serious Soaking

The journalist, podcaster, retailer and world’s greatest host on what makes the tub her happy place.

Recent studies show air pollution heightens the risk of common mental disorders by 39 per cent. Is the Air You Breathe Messing with Your Head?

Scientists are learning more about the profound impact that pollution has on the brain. Clare Considine investigates.

“He Sent Me a PVC Catsuit in the Post”: has Lockdown Sparked a Kink Revolution?

For some women, the pandemic has offered an unlikely opportunity to explore new kinds of desire online