How Long Will You Be Single? This NASA Scientist Has The Answer

A new algorithm claims to predict how long people will be single. The scientist behind it reveals five factors that influence your chances of finding romance.

It's difficult to put into words how single you are when you are single in lockdown,” a friend in her early thirties recently told me. After a year without a relationship, the question of when she might meet someone had taken on an urgent quality.

Nanaya has been developed by NASA systems engineer Rashied Amini, who was inspired to create the algorithm when his now ex-girlfriend was vacillating between staying or leaving the relationship. In order to help her decide, she asked him to do a ‘cost-benefit analysis’ of the relationship, testing how compatible they were long term. He built a proto-type, “mainly because I wanted to distract myself,” he says, and thus Nanaya was born.

Studying data from more than 50,000 users worldwide and using a highly complex set of values, Amini says that how attractive you are has little impact on how long you are likely to remain single, nor does past romantic experiences.

So what does make a difference according to his algorithm? Here are five factors that might surprise you as we all gear-up to date again. 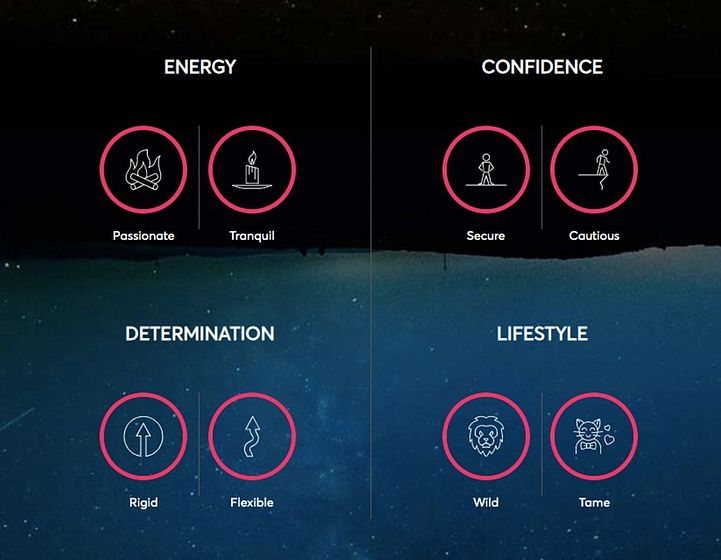 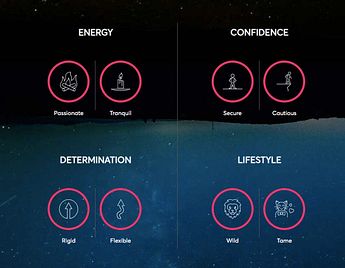 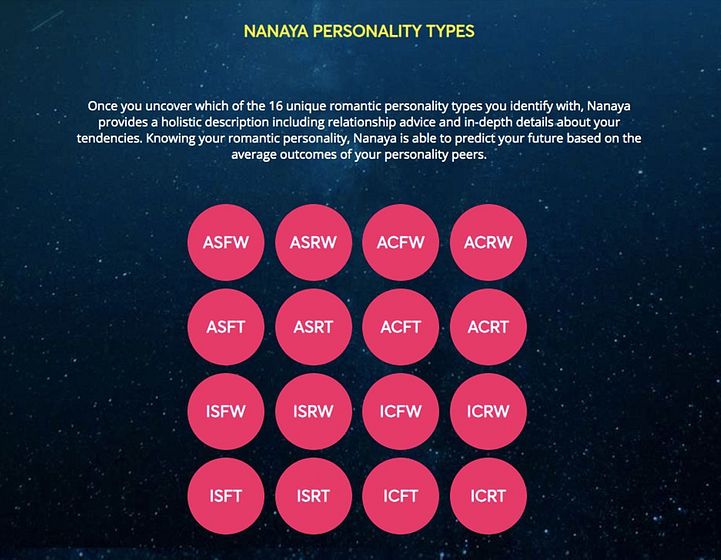 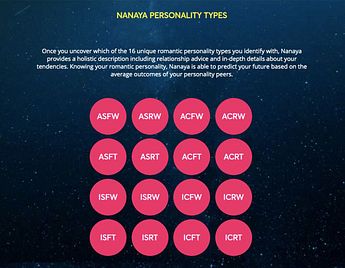 “This is one of the most critical aspects in terms of sociological modeling of how long people stay single,” says Amini.

People living in smaller communities have a smaller pool of potential mates, so settle down earlier, unlike those crippled by the breadth of choice in larger metropolitan cities. With too many options we become looped in a continual search, constantly waiting for something better to come along.

How you use public transport

According to Amini’s data, people who frequently take public transport typically have shorter rebound times between relationships than those who don’t. Amini rationalises that people who take public transport are more likely to meet someone, as being in a confined space with different people seems likely to increase your pool of potential matches.

“The data showed that for people who don’t take public transport, who are, say, locked in a car by themselves, they’re not really getting the same exposure to other humans. Think of someone in Los Angeles, they're spending an hour and a half a day, on average, not surrounded by people. While walking in the street, or taking public transit, you are invariably around other people, which, even if you pay no attention on public transport, well, there is a chance that someone might approach you.”

Unsurprisingly, those with a stronger need for instant gratification are likely to be single for the shortest time.

He argues that if you’re frantically looking for your next fix, “you'll just want to be with someone on some level. Even if they’re not super-compatible, you deal with the lack of potential compatibility.”

Conversely, people who describe themselves as ‘independent’ are likely to find a new relationship faster than those who classify themselves as ‘dependent’. Amini speculates that this is because independence is a “projection of your confidence as an individual. People seek that. It seems sexy.”

Those who express extreme political views spend more time single, according to Amini. Instead of using a binary axis of political values – liberal or conservative – the algorithm examines responses to around 20 key issues, such as private healthcare, taxing the rich, and abortion. Amini’s analysis is that the more polarised your political views, the more likely you are to be single.

So those with more ‘neutral’ political views are more likely to be single for less time?

“Yes, essentially there are more potential romantic candidates if you’re more on the fence. Simply put, you appear more compatible to more people.” But overall, “traits associated with empathy and sociability have the strongest impact”, so people who hold political views that are commensurate with lacking empathy will typically spend over half a year longer single than others.

Expressing desire for a relationship

But can being too chill be a problem? Yes argues Amini, who suggests that those who express a desire to be in a relationship are likely to find one faster, compared with those that are more vague or opaque about their intentions.

This eschews the common notion that in order to appear desirable you have to maintain a veneer of free-spirited ‘chill’. Instead, Amini’s data suggests being upfront with what you want is, refreshingly, likely to find you a relationship more swiftly.

Science says independence, honesty and getting the bus give you the best chance of meeting someone sooner.

More from Wellness
Self

How I Got Out of My Existential Crisis

“I settled for comfort and because of that, I lost magic”: Ahead of her 30th birthday, Paloma Elsesser reflects on everything she’s learnt from fashion to failures, from love to letting people go

How Slow Travel Helped Me Heal From Burnout

Writer Erin McKee unpacks burnout whilst packing her suitcase. How she left a career in mental health nursing and turned to slow travel (and how you can too)

Chronic stress has pushed thousands of us to the brink of hormonal burnout. Here, we explain how to get back in sync

“I Have Lost 7 Children Through Miscarriage”, The App Supporting Women Through The Emotional Triggers Of Mother’s Day

Peanut is the women-powered app supporting mothers through difficult times. Their Mother’s Day campaign reminds us that 1 in 3 women are triggered by the celebration…

“Grief, For Me, Is A Full Body Experience”, How This Founder Coped With Grief During Lockdown

The loss of her sister left Nafeesa Arshad at “absolute rock bottom”. She discusses navigating grief and the most powerful form of self love there is

5 Inspiring Women on What Support Means To Them

To celebrate Heist's new Contour Bra, we asked these trailblazing women how they show up for themselves by prioritising meaningful support systems

“This is a technique used by most major politicians” - From finding her true calling to top tips, this behavioural coach is on a mission to give you the tools to get what you want

The Foundationwear Brand You Need To Support You Through Work & Play

Shop: Heist is the brand that will - quite literally - have your back, with foundationwear designed to elevate your confidence

Why I Froze My Eggs During Lockdown

Lockdown provided the perfect opportunity for Irene Agbontaen to contemplate her fertility, whilst living on her own she decided to take the plunge and invest in her future

From finding your new finance bestie to levelling up your leadership, discover the next seven days of sessions designed to serve your whole self

‘What does it mean to live your best life?’ – The Stack joins forces with Selfridges to explore the meaning of ‘Retail Therapy’

Conversations With My Sex Therapist: Where Do We Begin?

After years of feeling disconnected from her body, unable to orgasm during sex, Emma-Louise Boynton asks whether sex therapy can help

Closing The Orgasm Gap With Sex Talks At The London Edition

The ‘Pure O’ or ‘purely obsessional’ type of OCD is characterised by distressing, intrusive thoughts and mental rituals to cope with them. Rae Elliman shares her experience of living with – and learning to manage – these hidden compulsions

The Double Standard Of Scars: How I Learned To Love My Body Even If Society Won’t

How People Pleasing Is Holding You Back

‘I Was A 23-Year-Old Stuck In A Body That Was Rejecting Me’: The Personal Account Of A Student Battling Long Covid

For the past 10 months this student has been bed bound after having coronavirus. We’ve heard very little of long Covid and its impact - The Stack learns from someone living with it

“Life Is A Dance, Those Late Nights Are Inevitable”, Poppy Jamie Talks Balance And Burnout

Wellness expert and creator of the Happy Not Perfect podcast, Poppy Jamie wants to remind us that we are human beings, not human doings

Conversations With My Sex Therapist: Who Owns My Body?

The Art Of Conversation... During Sex

The Stack’s sex columnist, Emma-Louise Boynton, explores the damaging sexual scripts preventing so many of us from being better communicators during sex

Why You Need To Take A Week Off...Now

From Danish breakfast to morning bike rides, Ditte Reffstrup walks us through her morning rituals

The founder and CEO of The Stack World reveals her morning beauty routine, compartmentalising her days, and how she minimises decision-making in the AM

You & Me: Let’s Talk About ADHD

As Nora Nord launches her new podcast on neurodiversity & ADHD, we take a look at the photo series illustrating your new listening material

You & Me: Let’s Talk About ADHD, With Nora Nord

London-based photographer and artist, Nora Nord is starting conversations around ADHD through her new podcast. Here, she writes for The Stack about blindspots in neurodivergence and how she is using art to learn more about ADHD

From early morning reality TV to setting boundaries, the founder of Black Minds Matter takes us through her routine and how to spot the early signs of burnout