‘Geriatric Mothers’ And ‘Habitual Aborters’? No, it’s time to change The Language we use Around Fertility

The words we use to describe women’s health matter, and Michelle Kennedy is leading a renaming revolution

Someone messaged me about it last night – I have to read it to you,” Michelle Kennedy reaches for her phone.

Michelle is the founder of Peanut, the social app for women and mothers, and since the launch of its new campaign, The Renaming Revolution, she has been inundated with similar stories.

What started as a conversation between users on the app about how it feels to be called a “geriatric mother” (a conversation amplified by Chrissy Teigen) has now evolved into a wider movement about medical terminology.

This week, as part of the Renaming Revolution, Peanut launched a new glossary to replace the disempowering, dismissive – and at times downright insulting – medical terms to which women and mothers are subjected every day. From “habitual aborter” (a woman who’s had three or more miscarriages), to “inhospitable womb” or “lazy uterus”, the conversations Michelle and the Peanut team were seeing on the app made it “abundantly clear that we’re dealing with antiquated, even misogynistic terms which don’t reflect modern motherhood but which have a real, profound impact on women”.

‘Why shouldn’t women have the power to change the language that's used to describe their bodies and their health?’ 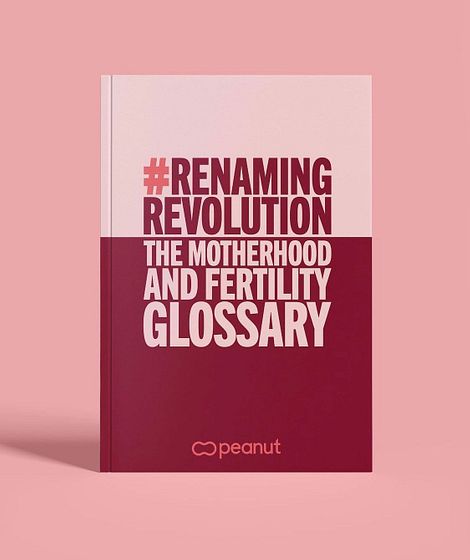 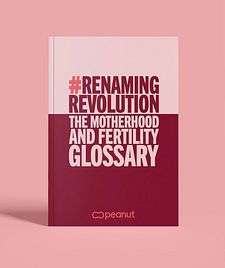 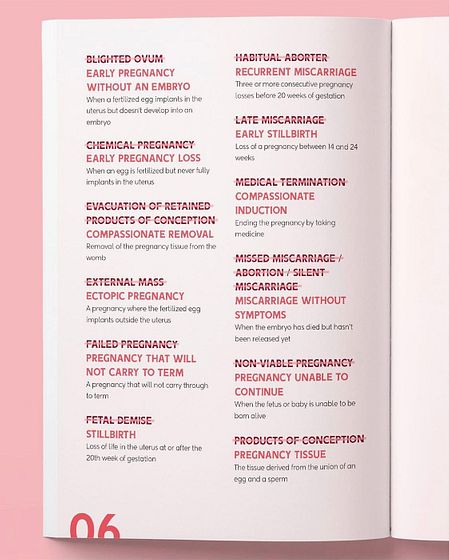 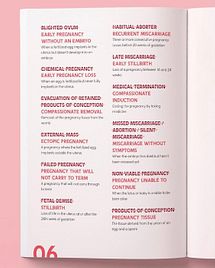 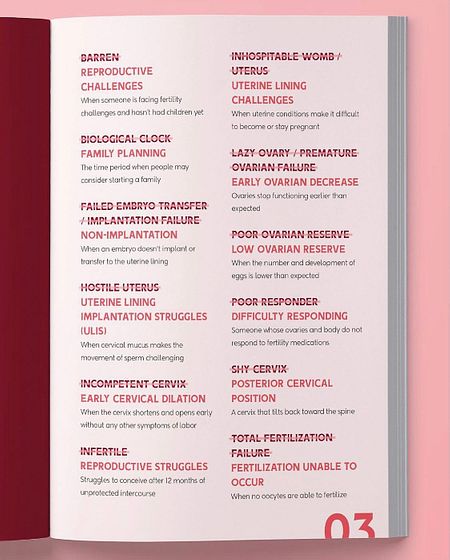 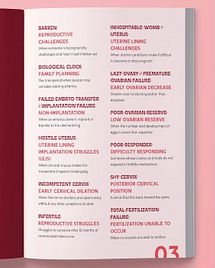 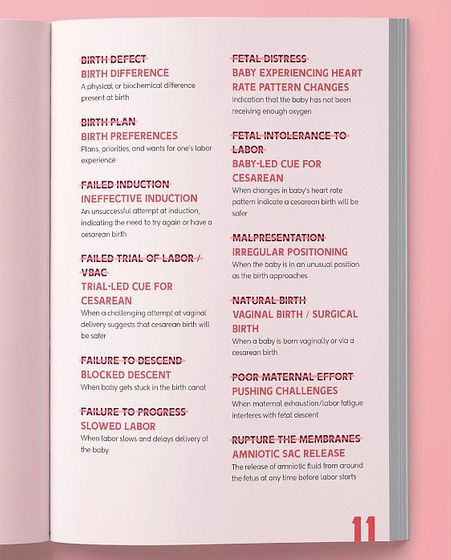 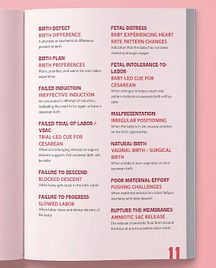 At 35, Michelle was herself called a “geriatric mother”. “When you hear yourself being referred to as that, your first reaction is to laugh,” she says. “You chat with your girlfriends about it, slightly embarrassed, awkward like, ‘Oh my god, did that happen to you?’” As her friend’s example demonstrates, “geriatric mother” is just the tip of an iceberg.

“I think about another friend who went through fertility treatment for seven years, and the feedback she was constantly given was, ‘you've got premature ovarian failure’. Even the word “failure” in relation to your own body, when you already feel like you're failing, can be incredibly painful. You’ll feel the sting of it for years afterwards. Well, we just want to say, ‘no more’.”

The fact that these are official medical terms legitimises their use and has made them difficult to challenge.

“I was definitely surprised by the amount of people who initially responded to the campaign, asking, ‘Well, what can we do about it? That’s just the way it is,’” says Michelle. “It shows how difficult it is to overturn the status quo when it comes to medicine and healthcare…” She pauses before correcting herself, “Well, women’s healthcare.”

Image by Courtesy of Peanut

The status quo around women’s healthcare has been much debated in recent weeks when worries around the AstraZeneca vaccine and its potential link to unusual blood clots went viral online. As many (mainly) women were quick to point out, clotting is a statistically more common side-effect of the contraceptive pill and yet it is prescribed to young women every day and has seldom featured in the wider conversation around the contraceptive pill’s efficacy and safety.

It's interesting to me that it takes something like the AstraZeneca vaccine – and for men to feel worried and threatened, as if their health is at risk – for us to begin questioning the status quo [around a medicine],” says Michelle.

She argues that similar attitudes exist around medical terminology.

“I think the Renaming Revolution and the conversation it has sparked, has allowed us to ask: ‘Why shouldn’t women have the power to change the language that's used to describe their bodies and their health?’”

Multiple studies have shown that language can have a profound impact on our emotional and physical perception of the world. The words used before, during and directly after a medical procedure, for instance, can even change how much pain we experience; in 2019, researchers from Jena University Hospital in Germany authored a paper in the US journal Brain and Behavior arguing that appropriate word choice was paramount to helping a patient manage pain after surgery.

“These things matter,” says Michelle. “Going into this, we knew everyone was going to say ‘We're in the middle of a pandemic; there are other issues we have to solve first before we tackle vocabulary’. So we’ve done the legwork. We've got a panel of linguists and medical experts who’ve taken the 80 worst offenders and reworded them.”

Peanut has funded the research and created a new glossary of terms, which Michelle hopes will soon be issued to healthcare practitioners who can bring them into common medical parlance.

“We're at a point in time,” says Michelle, “where our public consciousness around the words that we use and the impact they have on our mental health and wellbeing is more sophisticated. It feels like the right time to not only say ‘yeah, that hurt me,’ but also to ask, ‘How do we change it?’”

See the full campaign at Peanut

Dania Al Obeid was arrested and convicted at the Sarah Everard vigil, and now she is taking the Metropolitan Police to court — here she tells The Stack World her story

With the UN warning urban environments are built with male bias, what does future city life look like for women?

Dania Al Obeid was arrested and convicted at the Sarah Everard vigil, and now she is taking the Metropolitan Police to court — here she tells The Stack World her story

The Westminster Cheat Sheet: The Stack World’s A-Z of Politics

The revolving door of Westminster has been a hard one to keep up with over the last 12 months, here we break down what’s happened and what could be on the horizon

As a leader Ms. Ardern's tenure has has been a shining example of gender parity in politics, here The Stack World takes a closer look at her legacy

How To Build Your Power Network Workshop Hosted by Sharmadean Reid

How are Female Artists using the Metaverse to change the dialogue on gender equality?

Decentralised autonomous organisations are communities run entirely by its token holders, on the blockchain. Here's how you can get involved.

The Stack speaks exclusively with Greek designer Mary Katrantzou on her new Lipsy London collection, welcoming indecision, and unlocking a new sense of bravery since becoming a mother.

The Great Resignation is driven by women leaving the workforce, but is resting better than quitting to avoid a future gender leadership gap

The Stack Houses Launch - Welcome To Your New Support Network

"Who's Supporting The Supporters?" – The New Community Bridging The Caring Gap

With more people than ever providing everyday care for loved ones, This Might Help, founded by Stefanie Sword-Willaims is the new platform aiming to educate and reassure carers that they are not alone

Our current economic environment prioritises work over friendships, but investing in your Family 2.0 can combat loneliness and social isolation.

How Can We Continue Advocating For The East And Southeast Asian Community?

Hate crimes towards East and Southeast Asian people spiked by 27% at the start of the pandemic. Two years on, has anything changed? Anna Chan, Founder and Director of Asian Leadership Collective explores

Stalked By A Stranger Since I Was 18: How A Lack Of Information Made Me Question What I Knew Was True

Stalking has increased in the UK by 40% during the pandemic, yet there is still little information out there to support victims, one woman shares her experience

Political Perspective: Who are the women ruling Westminster?

The Gender Mortgage Gap: Why Single Mums Are Being Denied Mortgages

Why are banks making it so difficult for single mothers to get on the property ladder? Victoria Spratt investigates

A Sporting Chance: Women’s Football Is Finally Getting The Attention It’s Owed

While we celebrate International Women’s Day, let's not forget the millions of women who are still suffering from injustices around the world…

Inside The Mind Of A Scammer

Enter The Men-Taverse: What Does The Metaverse Mean For Women?

With men at the helm of a new digital era, it is predicted that the disparities and inequalities that exist offline will be just as present within the virtual world

Why Do So Many Women Still Change Their Last Name When They Marry?

From name-changing to myth-telling, when we fail to question the status quo we perpetuate and reinforce centuries-old assumptions about gender roles

Suffocating Silence For Afghan Women As UN Warns Of ‘No Future’

Since the takeover of the Taliban, Afghanistan has become the world’s largest humanitarian crisis with women facing the unknown says Shelly Kittleson from Baghdad

Where Is The Rage?

From the gender pay gap to the threat of violence in the streets and in our homes, women have a lot to be angry about. So why don't we see more female fury?

Access to childcare in early years has a socio-economic ripple effect that can be felt across the whole of our society. And yet, the system is now close to collapse. Is it time to rethink parental care in the early years?

The Political Perspective, The Stack Unpacks Political ‘Sleaze’ And Why It’s Important

UK politics is often populated with confusing jargon, but the sleaze debate and MP scandals matter - The Stack breaks down why