Self-imposed solitude among the ancient beauty of Athens’ squares and the glittering glamour of the islands gave the writer the focus she needed. 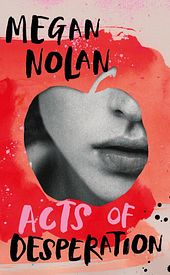 hen I chose to come to Greece in 2016, it was for one reason: I needed to be alone. After a frantic year of temping and transitional London house-shares, it was what I wanted above all things. I knew nobody in Greece at all, barring friends of friends I vaguely promised to meet up with but never did, and, crucially, I could afford to live by myself.

I had been given a small bursary from an arts trust in my home town to help me write a book, and I knew if I used it to remain in London it would be gone in weeks, nothing to show in return, evaporated into the ether of harried Pret salad boxes and £5.60 Transport for London charges. There was a sublet in Athens that would afford me three months, and I took off for an autumn. I so loved the place and the quality of my aloneness there that I returned every year since for similar stints, until Covid halted such things.

I have never felt more peaceful and glad to be alive than when I was in Athens and the islands. I am not a solitary person by nature – my self-imposed exile from friendship and community was a measure to make sure I got some work done, rather than a personal preference. And yet I found I was glad of my situation, even when it had time enough to mature into actual loneliness. Athens seemed to me to have the powerful combination of constant conversation and movement with an elegiac melancholy. This melancholy wasn’t negative. Instead it was simply a natural feeling which arose from the awe one feels about beauty which has lasted a very long time. It could and often did bring me to tears just to walk around Plaka at dusk. Filled with tourists though it mostly is, it still had an underpinning peace to it.

I found it more relaxing than most other cities I had spent time in as a woman alone. The late night café and bar culture meant I was rarely walking anywhere too dark or too quiet. Certain neighbourhoods, like the traditionally anarchist area Exarcheia, are known to be vocally anti-tourist, though I lived there for two months and experienced no backlash or discomfort. Locals and staff both tolerated my appalling Greek or lack thereof with good-natured bemusement before telling me what I meant or really wanted. Because of my work, I kept strange hours and luxuriated in my ability to leave the house at midnight and be able to sit outside in the warm breeze eating octopus and drinking small glasses of very cold, cheap, good white wine for hours yet.

Over dinner one evening in 2017 with my then boyfriend and some colleagues of his, a man who came from Greece but who we knew from London insisted that there was no beach in Athens. I had mentioned in passing that I had been to one, but that was impossible, he said. It became clear eventually that what he meant was that the beach I had been to was so worthless compared to what it was like on the beaches of the islands that it did not count as a beach at all. But it is there, 30 minutes from Syntagma Square on a tram, and for the non-native Greek, perfectly wonderful. He was right, though, that the astonishingly clear and beautiful waters of the islands are bewitching and unforgettable. I take ferries to Agistri and Hydra and stay for a week or so at a time. In 2019, I sat at the harbour in Hydra, having recently completed the book I had come to Greece to begin three years earlier, and for many hours I sat there, no phone, no book, just looking at the water and the hills and feeling the lucky weight of my solitude.

Megan Nolan’s debut novel, Acts of Desperation, is out now.

If you’re looking for clarity and classical beauty, or just a way forward, Greece might just be the place to find your motivation.

The Stack recommends where to go for a cocktail this summer

Turning The Tables With Jyoty

Jyoty Singh is the Hackney-based DJ taking over London nightlife. She spoke to us about the struggles of being a woman in the clubbing industry, where she’s going to be this summer, and 15 other women DJs to look out for

It’s Time To Get Your Wellies On

On the fence about going to festivals this summer? Unsure whether the mud is worth it? Get inspired and motivated with The Stack's highlights from Latitude 2021

The Women Artists Reinventing Pop-Punk For Themselves

The pop princess is a thing of the past: Gen-Z stars WILLOW and Olivia Rodrigo are leading the pop-punk revival with emotionally charged music that holds nothing back

How London’s Coolest Women Are Spending Their Summer

While the sky may be grey, the weather forecast unpromising, let’s hold fast to the idea that la dolce vita is on our August horizons. Here’s how some of the city’s coolest women are celebrating British summer time.

Our editorial team share their week in culture: where we’ve eaten, what we’ve read and where we’ll be heading in the coming days

6 of London’s best wine bars to pop your cork

If you’re looking for a good read this summer, you’ve found the right list. Our guide will make it easy to choose a new book by checking out the latest from best-selling novelists, and new debuts.

The fashion designer is set to receive 300,000 euros and mentoring from Balenciaga's CEO - we look back on her journey so far

Our editorial team share their week in culture: where we’ve eaten, what we’ve read and where we’ll be heading in the coming days

Become A Part Of Our Community

Photos taken at The Stack World's event last week - sign up to not miss the next one.

From synchronised swimming to burlesque and basketball, LGBTQ+ groups have come a long way since secret meet-ups and hidden codes

Our editorial team share their week in culture: where we’ve eaten, what we’ve read and where we’ll be heading next

Galleries have reopened and the city is pulsing once again with the return of culture, art, music, people. We hear from the women leading the art scene on what galleries they’re heading to this summer and what they’re most excited to see

CIRCA is the Digital Disruptor Halting the Ads

Launched in the middle of the pandemic, Art Director Josef O’Connor asked artists to create work that responded to the world CIRCA 2021. The result? A moment of connection in a time of isolation