he Ned is one of London's most exclusive hotels and last night five members of The Stack community got a taste of their newest membership option, ‘Ned Friends’, as part of our Stack Night In competitions.

"The Neds much loved Mille's Lounge is the ultimate friend-date-spot and our members put that to the test."

Greeted by the grand facade of black and white marbled floors and towering windows, The Ned played host last night to our lucky winner Vicky Pasion and four of her friends. Located in the heart of central London’s Bank and nestled amongst its iconic white stone buildings, this hotel and members club is an inner city haven perfect for a luxury staycation, revitalising spa trip or business cocktails.

The brainchild of hotel concept powerhouse Nick Jones (founder of the Soho House & Co franchise), The Ned is now one of London’s most popular spots. Built in 1924, the once derelict bank building has been restored to its roaring 20’s opulence with notes of contemporary finesse, take the rooftop pool (you’ve probably seen it on your Instagram) with its red and white loungers and 360 views which sees some of the cities coolest creatives flock to catch the rays during the summer months.

Spanning over 11 floors with 250 guest bedrooms and members facilities such as 10 restaurants, 15 bars, 2 pools, gyms and even a Moroccan inspired spa, membership at The Ned has many perks and makes us wonder why you'd ever want to leave. 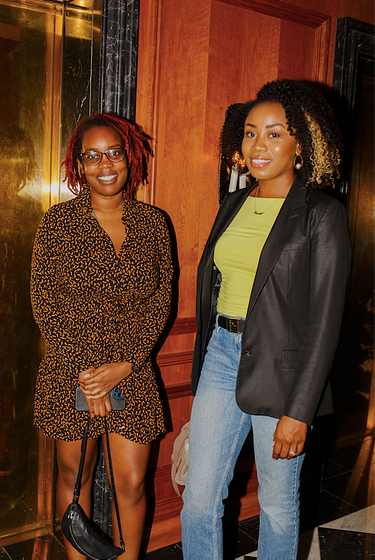 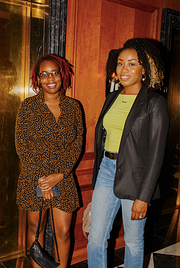 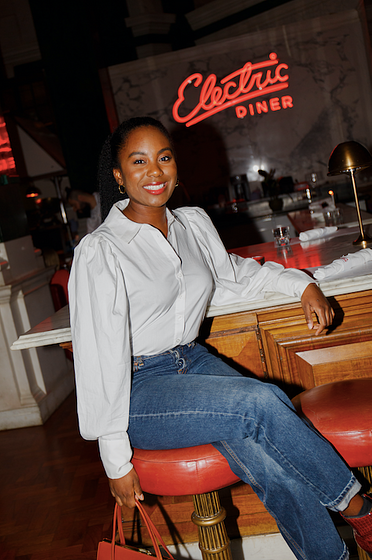 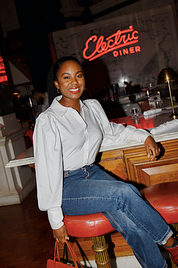 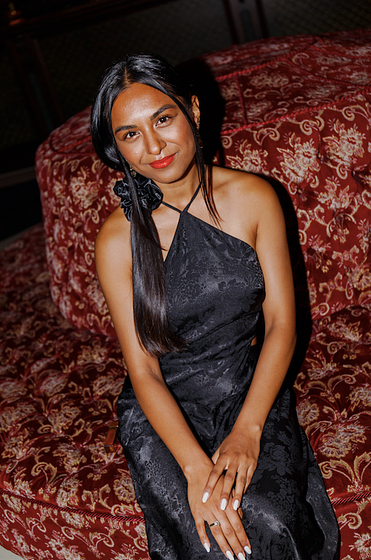 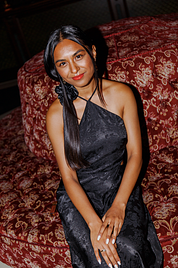 Our guests got first hand access to one of the onsite restaurants, the much loved Millie's Lounge and were captured enjoying a three course meal by our photographer Kiran Gidda. Serving up British classics as well as high tea during the weekdays. Awash with plush, dusty pink, upholstered booths lined up against the backdrop of deep green marble columns and circling the mahogany bar serving up the Neds famous cocktails - this is the ultimate friend-date-spot and our members put that to the test.

The Ned operates in the traditional sense of a members club, basically you need to know someone to utilise the many facilities or even dine at the restaurants if you aren't yourself a member. This classic membership option is known as Ned's Club which grants you access to all of the exclusive facilities and requires a referral and application process.

The Ned has now introduced its latest style of membership, Ned Friends. This new membership option gives you access to some of The Ned's best bits. If you're a pal of The Ned’s you will get access to member-only spaces and events as well as benefits at the restaurants and on stays. From 15% off rooms to 20% off the Ned’s ground floor restaurants and 20% at all other Soho House public restaurants. You can also nip into the onsite spa and get 15% off from Monday to Wednesday for a mid-week refresh.

After their meal our winner was ready for a night of rest in one of The Ned’s glorious 5* bedrooms. From the ‘Crash Pad’ suites which feature brass beds and 20s style draped lamps perfected for short business stays to the outrageous luxury of the ‘Lutyens Suite’ - named after the building architect with flocked wallpaper, 2 bedrooms with ensuite and elegant 20s interior notes. Whatever room you rest your head in, it is infused with The Ned’s signature character of flair and emphasis on exclusivity.

"The Ned played host to our lucky winner Vicky Pasion and four of her friends for an evening of dinner and a luxury stay-over."

The Stack Night-In has seen 20 of our members enjoy a free night’s stay at some of London’s most exclusive hotels - join The Stack World now to build your new power network and be the first to know about upcoming competitions and events including our upcoming overnighter at Oakley Court.

Anonymous Hot Girl takes us through her experience with taking a sabbatical from bad situation ships...

Anonymous Hot Girl takes us through her experience with taking a sabbatical from bad situation ships...

How This Founder Does Pregnancy Summer Style

What You Missed At The Maternity Leave, Motherhood & Me Panel & Party

Come for the culture, stay for the connections...

What You Missed At The Stack Hot Girl Sabbatical Conversation Dinner

About Last Night! All The Pictures From This Incredible Conversation Dinner At House Of Koko

What You Missed At The Stack Out Of Office Party

About Last Night! All The Pictures From The Stack World's Out Of Office Party At The Curtain Club.

The UK's breakout superstar Cat Burns shares her approach to writing, what she wants you to take away from her music and the power of TikTok as she launches her 3rd EP and announces Ed Sheeran Tour

What You Missed At The Stack's Spring Party

About Last Night! All the pictures from The Stack World's Spring party last night at One Hundred Shoreditch

Mahalia: “I Know How Painful It Is To See Your Dream In The Distance But Not Know How To Go And Get It”

From getting more women in executive positions to the joys of home cooking, we caught up with London-favourite, Nieves Barragán Mohacho

Authentic deaf representation is, at last, breaking through to the mainstream as CODA takes home three Oscars

Celebrating Some Of London’s Coolest Mums This Mother’s Day

Photographer Danika Magdelena captures London mums at home with their babies - from athletes and founders, to chefs and publishing directors...

So You Want To Write A Book? Publishing Expert Kerry Ryan Shares Her Top Tips

“Start now and don't listen to the inner critic”: join the club taking you from draft to book in 10 months

Go With The Flow: London's Dining Gems By The Thames

Riverside dining is where it’s at, here’s The Stack’s guide to our favourite watering holes with the best river views in the capital

The Essentials According To Fashion Stylist Leah Abbott

London fashion scene nobility and A-list stylist, Leah Abbott shares the wardrobe items that everyone should own and the essential products that get her through the day

This Women’s History Month, The Stack breaks down London’s best restaurant offerings - all headed by female chefs and founders

The Best Seafood Restaurants In London To Catch A Bite

Packed with culture, cuisine and cobbled alleyways, a getaway to Bristol has never been a better idea

Sublimely Surreal - A Review Of The Tate Modern's Latest Exhibition

36ft artworks and UK debuts, Surrealism Beyond Borders illustrates the global perspective of the Surrealist movement

Owning the Hyphen: “It’s a Privilege To Be From Two Cultures”

In the fourth installment of the Bvlgari Hotel’s ‘Breakthrough Women in Film’ series, The Stack gets an exclusive look at Nana Mensah’s Queen of Glory ahead of its theatrical release this Summer

Adwoa Aboah: “Once I had done the work, I became the work-obsessed, high achiever that I am now.”

The Stack gets to know queer dating agency, A Whole Orange ahead of their event at Shoreditch Nails

About Last Night - All The Photos From The Stack Office Party

Find yourself! A look inside The Stack's monthly party

The Best Restaurants In London To Take Yourself On A Date

A love letter to solo dining: spoil yourself with these recommendations by cook and food writer, Bre Graham

The Essentials According To... Matilda Goad

The London-based homeware designer shares everything essential to making her house a home. From her favourite peanut butter brand, to kettles, sheets and skincare