A Taste of India in London Town

It took more than two decades of searching, but eventually, tucked away in Fitzrovia, writer and foodie Simran Randhawa discovered the authentic flavours of home.

What do I do? This one’s always a hard one,” says born-and-bred north-west Londoner Simran Randhawa. “I tend to say journalist or food storyteller.”

At 24 years old, Simran already has an impressive resumé under her belt. A writer, activist and model, as well as a former political editor at Gal-Dem, her latest venture branches into cuisine. “A lot of my work centres around how my identity intersects with different mediums, such as fashion, beauty or food. I like the way food impacts communities and is used as a vehicle for storytelling.”

It’s safe to say Simran is a foodie. She even has a second Instagram account (@simsnackin) dedicated to, well… Sim’s snacks. Being of Malaysian-Indian heritage, she spent time in Malaysia while growing up and was thrilled when she first discovered Roti King, the Malaysian basement restaurant in Somers Town, central London. “For nostalgic and home purposes, Roti King will always be one of my favourites,” she says. Right now, though, Korean food is her go-to: “Since first lockdown – Korean food, wow. There’s this place called Yori which is amazing, they have kimchi-jeon, which is like a little pancake with kimchi in it.”

Authentic-tasting Indian food is, she says, hard to come by here in the UK. “I feel like Indian food is either Dishoom or the kind of stuff you get in south London, which is a lot more homely, but not as accessible. I feel like lots of people go to Dishoom for the atmosphere more than the food. Don’t get me wrong: the food is good. But that’s the main kind of representation of Indian food in London.”

Having lived in London for the past 20-odd years, Simran has finally discovered her perfect Indian restaurant. Tucked away on Mortimer Street, hiding behind the bustle of Oxford Circus, sits an intimate, carrot-orange building: Pali Hill. Impressively, the restaurant is still fairly new, but it quickly found a place in Simran’s heart. Here, she tells us why.

I love Pali Hill because…

They include things on their menu which are a little bit different but still really traditional. They have this chaat [typically a spiced potato, chickpea and yogurt side-plate] which is so, so good. Growing up, chaat was like a snack for most of us – you’d have it with tea maybe at 4pm – but they’ve made it into this really amazing starter; oh my god, it’s so good. They have this sea bass which is steamed in banana leaf – a nod to south India. And I don’t really eat meat – honestly, I haven’t eaten meat for the past seven years – but I went with my best friend and she ordered the lamb chops and I was like: oh my god, that looks insane. I took the tiniest bite and felt so naughty… but it was so worth it. The lamb really reminds me of my childhood and growing up.

I first discovered Pali Hill when…

It’s actually a funny story… I go to Glow Bar a lot, which is also on Mortimer Street. I went there for something and was walking past Pali Hill and was interested because I didn’t know what it was: it doesn’t look much like a restaurant, it kind of looks like a coworking space. I walked up to it, realised what it was and thought: “I have to check this out at some point.” And then 48 hours later, the PR reached out to me and I was like: ‘Wow… that’s so weird’. But technically, I discovered it by walking down the street.

My favourite memory from Pali Hill is…

The last time I went, which was with my best friend. We had this really cute date day where we went and did pottery painting and then we went to Pali Hill afterwards, and the whole time we were sitting there laughing. We felt really bad because we thought we were being really obnoxious by being so loud, but we just couldn’t stop laughing and enjoying the food. It was a really cute date. 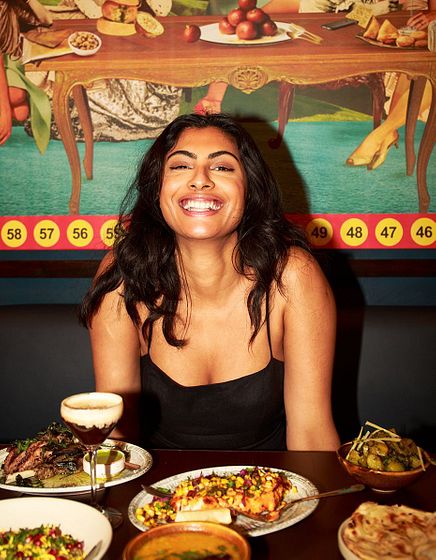 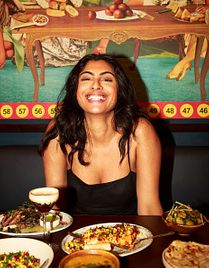 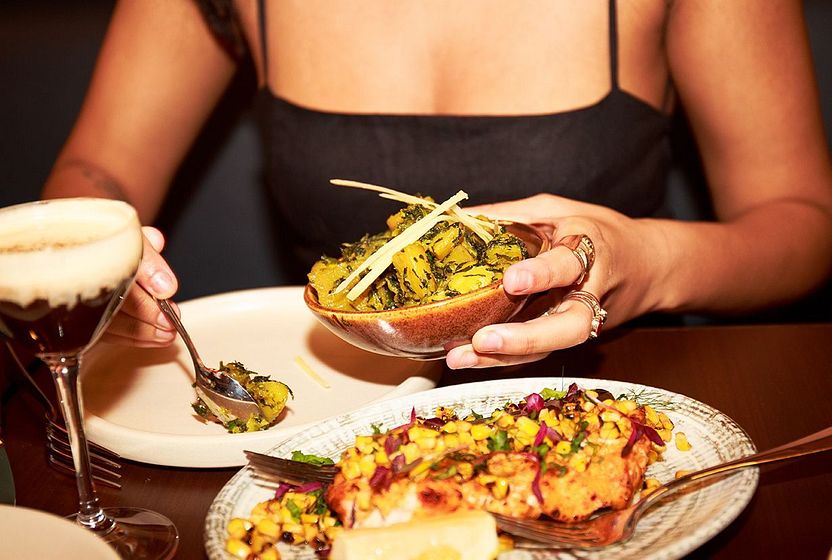 The best seat in the house is…

OK, so when you walk in, you want to sit in the right-hand section. They have these nice long sofas and you can watch the chefs – which I love to do – because they have an open-plan kitchen.

The sound of Pali Hill is…

Well, that depends if you’re in the bathroom or not. The music isn’t overpowering. It’s also not a dark place, which I like. Sometimes when I walk into somewhere like Dishoom, it’s very dark and the incense hits you first thing. This is not like that at all. They have big windows at the front, so it’s light still. There are lots of subtle details in the decor and lots of small things – the little attention to details, and the laid-back, but weirdly opulent at the same time, feel of the place.

It’s perfect for either a date or a bigger group.

I’ve been with both and it’s great. Because of the way the food is, it’s easy to share lots of different things. It’s great for a date, because you get to share food, but then also for a whole group of people.

One of my favourite things about Pali Hill is…

The outside. It’s very understated. Like I said, I didn’t know it was a restaurant from walking past, but the branding and the little logos and stuff are so nice. So look out for it.

If a place catches your eye, take the time to investigate – you might stumble across a gem.

When Will Women Stop Being Subject to The Curse Of "Inspiration"?

The Stack takes a closer look at the portrayal of women in Wes Anderson’s latest film, The French Dispatch

The Essentials According To Bianca Saunders

From universal wardrobe staples to SPF and Margiela candles: everything you should own according to menswear designer, Bianca Saunders

What do Salvador Dalí, Queen Victoria And Vivienne Westwood Have In Common? You Can Find Them All At This Exhibition

We go down the rabbit hole for a detailed look at the V&A’s exhibition, Alice: Curiouser and Curiouser

A Love Letter To Solo Dining

The best restaurants in London to take yourself on a date - according to cook and writer, Bre Graham

Welcome To Clerkenwell - All The Best Spots In EC1 For Brunch, Brews And Business Meals

The postcode we love for work, life and culture

The Meal That Changed My Life, With Suzie de Rohan Willner - CEO of TOAST

Suzie de Rohan Willner shares how one very simple meal changed her perspective for good (spoiler, it's not toast)

Snapped At The Stack - All The Photos From Our Office Party

The Stack recommends where to go for a cocktail this summer

Turning The Tables With Jyoty

Jyoty Singh is the Hackney-based DJ taking over London nightlife. She spoke to us about the struggles of being a woman in the clubbing industry, where she’s going to be this summer, and 15 other women DJs to look out for

It’s Time To Get Your Wellies On

On the fence about going to festivals this summer? Unsure whether the mud is worth it? Get inspired and motivated with The Stack's highlights from Latitude 2021

The Women Artists Reinventing Pop-Punk For Themselves

The pop princess is a thing of the past: Gen-Z stars WILLOW and Olivia Rodrigo are leading the pop-punk revival with emotionally charged music that holds nothing back

How London’s Coolest Women Are Spending Their Summer

While the sky may be grey, the weather forecast unpromising, let’s hold fast to the idea that la dolce vita is on our August horizons. Here’s how some of the city’s coolest women are celebrating British summer time.