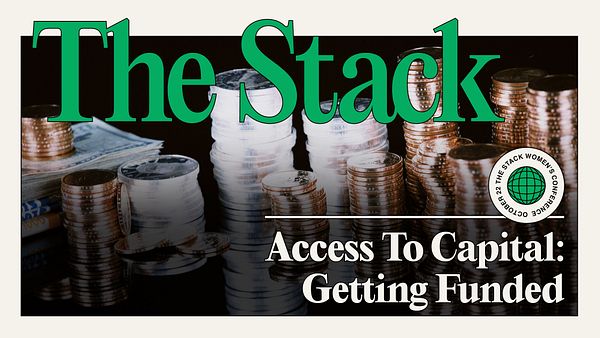 This event has ended

Fundraising for women owned businesses is still abysmally low and for women of colour the statistics are more damning. Men raised $195 billion last year whereas female-only founded companies raised just $6 billion - how do we combat this business inequity? How can we open up more opportunities for capital to women in business? Do changes need to be made at VC level? Can pitch coaching help?

Audrey Gelman is the co-founder and former CEO of The Wing. Before founding The Wing, she worked as a political staffer and strategist. She is one of the only female founders to have raised more than $100m in venture capital. Anu Adebajo joined British Patient Capital in 2018 from the British Business Bank where she invested in venture capital funds. Previous to this, she worked as analyst at the British Business Bank’s Angel CoFund for almost five years, making direct equity investments alongside angel syndicates. Previously, Anu worked in a variety of finance roles, including a year and half in Nigeria at a pan-African bank, Ecobank, and founded and ran an award-winning e-commerce start-up. Sharmadean Reid is the Founder and CEO of Beautystack and The Stack World. Her mission is to create economic and social empowerment for women through technology and media. Simi Lindgren is the founder of Yuty, a sustainable AI beauty brand that offers personalised products to its users. Yuty secured £500k in a seed round led by Ada Ventures. Previously, it was bootstrapped for 18 months. Jules Miller, CEO and co-founder of leading wellness brand The Nue Co, has just raised $25 million in Series B funding. Having launched in 2017, the brand has reimagined supplements alongside revolutionary topical skincare which aim to tackle everything from stressed skin to gut health. Having never spoken to an investor in her life before starting The Nue Co, 31-year-old Miller is taking it all in her stride. She talks exclusively with The Stack about how to raise investment capital, the importance of knowing what people want and why funding isn’t the most important thing to celebrate. Nina Patel is a leader in fashion technology innovation, a startup advisor, and an active Angel investor. In her role at FARFETCH Nina leads an Innovation/R&D Lab which is charged with developing the luxury retail experiences of the future, combining technology and human touch in innovative and impactful ways for both customers and retailers. Her previous work experience includes roles at The Net-a-Porter Group, Harvey Nichols, Accenture, and a seed to Series A stage startup. Nina holds a Bachelors Degree in Computer Science from Carnegie Mellon University and an MBA from London Business School. In early 2021 Nina started Angel Investing with a focus on female founded, and in particular minority female founded, businesses. Her investment portfolio thus far includes Inde Wild – a skincare line focused on Desi skin and Ayurvedic ingredients, Gemcloud – a B2B marketplace and SaaS solution for coloured gemstones, and Husmus – a new way for renters and landlords to look at rental insurance and risk.

Online
FREE - Included in your membership

For £9.99 / Month get access to the knowledge and insights to get to your higher ground

What is The Stack?
The Stack is an ecosystem created for a generation of women who are changemakers, entrepreneurs and innovators focusing on business, culture, society, beauty and wellness. It is primarily a media platform – but we take it one step further, creating a community and space for conversations and discussions through membership.
Is The Stack World only for women?
Nope! The Stack World is for anyone who believes in gender equality. Our content is catered to all women, but anyone is welcome to join and support.
What do I get as a member?
Membership to The Stack means exclusive access to virtual event programming as well as a members-only content. Hosted on Zoom, these events are curated by The Stack team especially for the driven, curious, creative women who make up our members and span business, culture, society, beauty and wellness.
What kinds of events will I have access to?
From talks with award-winning CEOs on how to get your business off the ground to home tutorials and self-care from beauty experts, expect exclusive virtual events, workshops, business classes and roundtable discussions – and much more. We even have a bookclub!
How long do I have to sign up for?
We offer a discounted membership for one year or sign up for a rolling monthly. You can cancel anytime you like.
Do I need to be a member to receive the newsletter?
You don't have to be a member to receive our weekly newsletter. This will be your weekly dose of content from Sharmadean Reid and The Stack team – it's a slimmed-down version of what our paid-up members get.